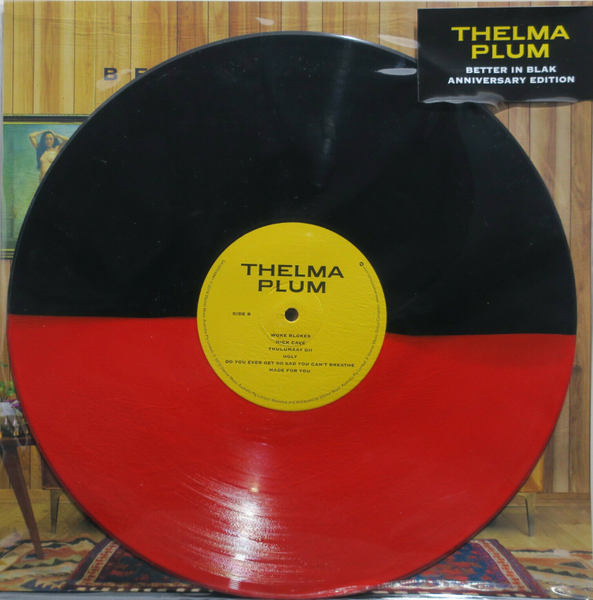 Gamilaraay singer songwriter Thelma Plum celebrates the first anniversary of her critically acclaimed debut album ‘Better In Blak’ with the release of a special edition vinyl of the album. The new anniversary edition vinyl features the colours of the First Nations/ Indigenous Flag.

With over seventy million global streams, countless accolades, a national sold out tour and a debut London show that sold out two months in advance – it has truly been a monumental twelve months since the release of ‘Better in Blak’. Featuring the certified ARIA Platinum single “Clumsy Love” and ARIA Gold single “Better In Blak”, the album went on to garner nominations for the Australian Music Prize Album of the Year, six ARIA nominations (including Album of the Year, Best Pop Release, Best Female and Breakthrough Artist), two APRA nominations and two National Indigenous Music Award nominations (for Album and Song of the Year). Thelma also landed three songs in the triple j Hottest 100 including the album’s title track at #9, as well as becoming the highest fan voted indigenous artist in the history of the poll and went on to place second in the triple j album of the year listeners poll. Most recently Thelma unveiled a stunning re-record of Powderfinger’s 1999 hit single “These Days” that soundtracks the current CBA We Can. Together campaign.