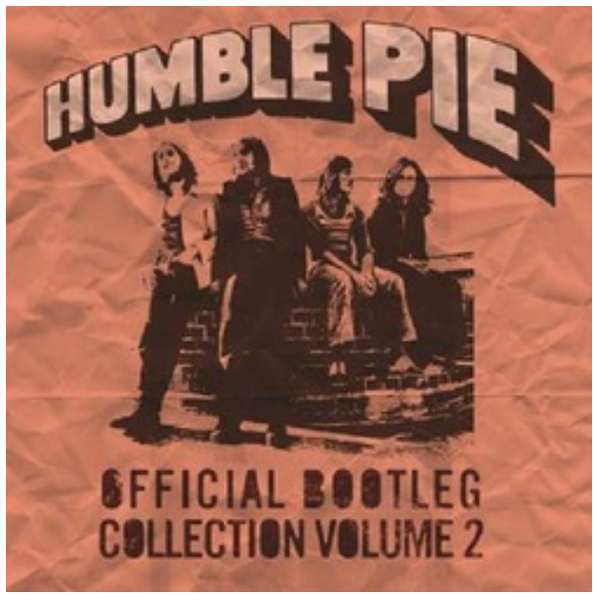 BLACK 180G VINYL. Following last year's Humble Pie's ''Official Bootleg Collection Volume 1'' double LP comes the ''Official Bootleg Collection Volume 2'', collating rare and previously (officially) unreleased live shows that were illicitly recorded between 1971 and 1981. Originally emerging from the remnants The Small Faces, Humble Pie formed in 1969 when guitarist and vocalist Steve Marriott joined forces with Peter Frampton, drummer Jerry Shirley and bassist Greg Ridley, and began their assent to conquering the theatres and then arenas of North America, culminating in 1972's double live ''Performance: Rockin' The Filmore''. Frampton left in 1971 for a highly successful solo career, replaced by Colosseum's Clem Clempson, and it was this line-up that was captured in New York in 1971 at one of Clem's first shows with the Pie. The extemporisations of ''Performance: Rockin' The Filmore'' became the basis for much of Humble Pie's live repertoire for the remainder of the 1970s, but this 1971 New York show does include their unique take of Eddie Cochran's 'C'mon Everybody' and 'I Wonder' from the soon to be released ''Smokin''' LP. Side Two find The Pie backed up by the soulful backing vocals of The Blackberries; Venetta Fields, Clydie King & Billie Barnum, who appear on 'Oh La-De-Da', 'I Don't Need No Doctor' and '30 Days In The Hole' Track Listing Disc 1: Four Day Creep C'mon Everybody The Fixer I Wonder Oh La-De-Da I Don't Need No Doctor 30 Days In The Hole Disc 2: Four Day Creep Stone Cold Fever C'mon Everybody I Don't Need No Doctor 30 Days In The Hole / I Walk On Gilded Splinters Sales Points Pressed on 180 gram vinyl