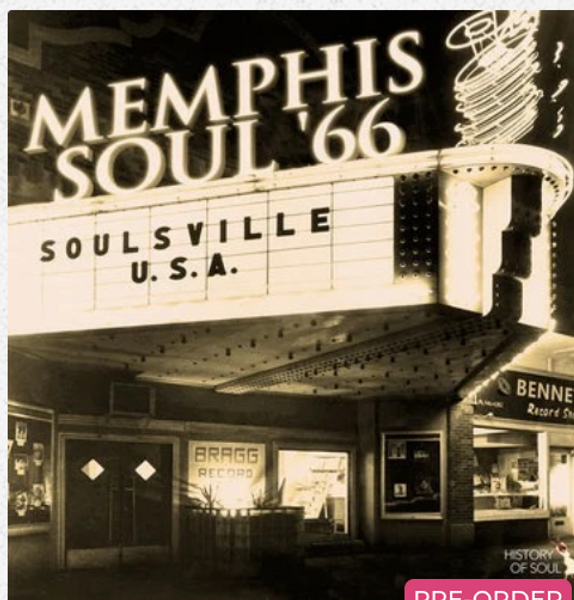 RSD 2020 release. Memphis has long been a key city for African-American music. Pre-war musicians played the blues not just to local citizens but also to the large transient population drawn to the port city. The post-war blues boom led by the likes of Little Milton, Rufus Thomas, BB King, and Howlin' Wolf also found a ready audience for their music, especially after Sam Phillips opened his legendary Sun Studios. In the '60s, more music was recorded in Memphis than ever before. New studios opened their doors as did a larger number of labels, all looking for that elusive hit. By 1966, the soul revolution was in full swing. Stax was into powerhouse mode scoring twenty top 30 R&B hits in the year, including 45s cut at the studio by Atlantic artists such as Wilson Pickett and Sam & Dave. Goldwax was well into its stride too with excellent releases from stalwarts like James Carr and Spencer Wiggins to the fore. And almost half of the tracks on this album owe their place here to Willie Mitchell's increasing influence as the producer of the ''Hi Sound''. Features Little Buster, 1 + 1, Janet & The Jays, Marjorie Ingram, Junior Parker, Rodge Martin, Norm West, The Triumphs, Jeb Stuart, Modern Soul Trio, Rodge Martin, Veniece, Norm West, and Bobby Foster. A1. Little Buster - I Got A Good Thing Going A2. 1 + 1 - Love's Gonna Live Here A3. Janet & The Jays - Without A Reason A4. Marjorie Ingram - A Good Man Is Hard To Find A5. Junior Parker - Way You Make Me Feel A6. Rodge Martin - When She Touches Me A7. Norm West - Baby Please A8. The Triumphs - Turn Out The Light B1. Janet & The Jays - Hurting Over You Boy B2. Marjorie Ingram - I Have No Right To Love You B3. Jeb Stuart - I've Got To Cut You Loose B4. Modern Soul Trio - That's Where It's At B5. Rodge Martin - Lovin' Machine B6. Veniece - Let's Stop B7. Norm West - Hey Little Girl B8. Bobby Foster - Soothe Me Baby