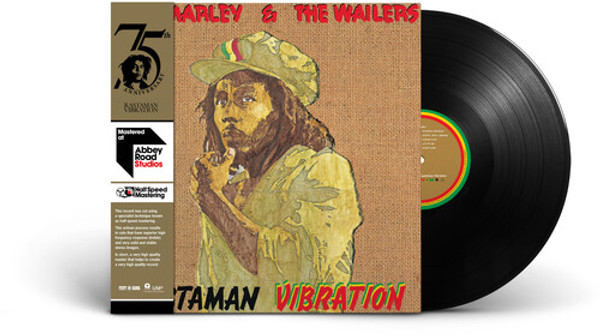 After conquering England on tour, Bob Marley returned to Jamaica to record Rastaman Vibration with his band. The album, released in 1976, reached the Top 10 in the U.S. - Vinyl LP pressing. Half-speed remaster. 1976 album from the reggae superstar. Abbey Road's world-renowned engineers have been cutting grooves into discs since the studios first opened in 1931. This record was pressed using a precision technique known as half-speed mastering, in which the source master and cutting lathe run at half speed on a specially adapted Neumann VMS-80. The result is a cut with excellent high frequency response and solid stereo images. In short, half-speed mastering produces a superlative master of the highest quality.

MSRP:
Was:
Now: $69.99
Quick view Out Of Stock Notify Me When Available

MSRP:
Was:
Now: $35.00
Quick view Out Of Stock Notify Me When Available