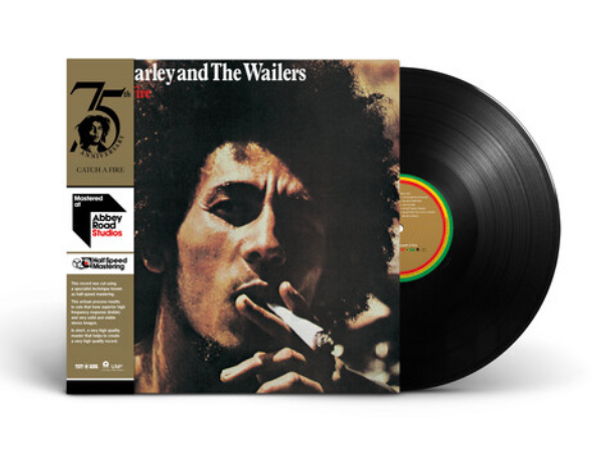 Catch A Fire was the major label debut for Bob Marley and the Wailers, and it was an international success upon it's release in 1973. Although Bob Marley may have been the main voice, every member of the Wailers made valuable contributions and they were never more united in their vision and sound. - Vinyl LP pressing. Half-speed remaster. 1973 album from the reggae superstar. Abbey Road's world-renowned engineers have been cutting grooves into discs since the studios first opened in 1931. This record was pressed using a precision technique known as half-speed mastering, in which the source master and cutting lathe run at half speed on a specially adapted Neumann VMS-80. The result is a cut with excellent high frequency response and solid stereo images. In short, half-speed mastering produces a superlative master of the highest quality.

MSRP:
Was:
Now: $69.99
Quick view Out Of Stock Notify Me When Available

MSRP:
Was:
Now: $29.99
Quick view Out Of Stock Notify Me When Available