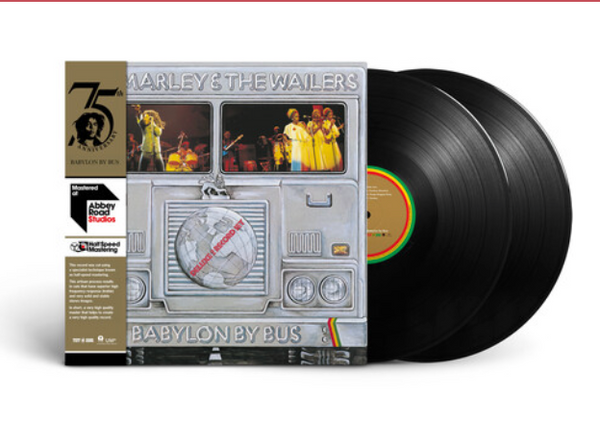 Arguably the most influential live reggae album ever, Babylon By Bus captures Bob Marley and the Wailers during the European leg of their Kaya tour in the spring of 1978. - Double vinyl LP pressing. Half-speed remaster. 1978 live album from the reggae superstar. Abbey Road's world-renowned engineers have been cutting grooves into discs since the studios first opened in 1931. This record was pressed using a precision technique known as half-speed mastering, in which the source master and cutting lathe run at half speed on a specially adapted Neumann VMS-80. The result is a cut with excellent high frequency response and solid stereo images. In short, half-speed mastering produces a superlative master of the highest quality.