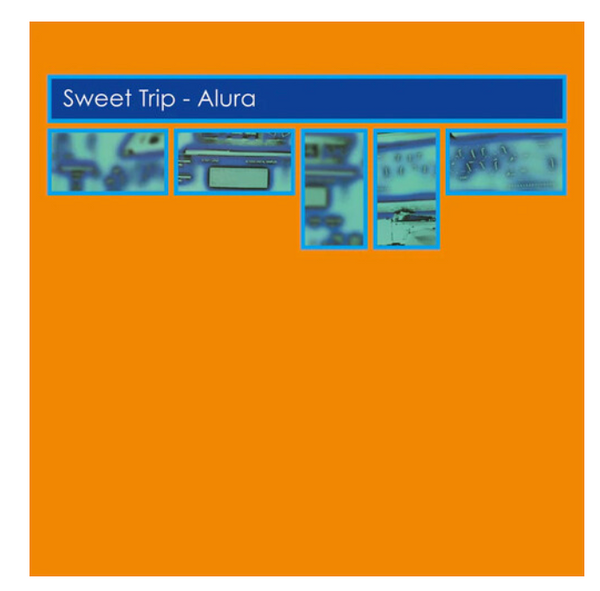 Growing up in the Bay Area, we were exposed to a lot of electro and Miami bass. We decided that it would be fun to make tracks like that but with our own spin. We also asked ourselves, "What if Mouse on Mars did a booty bass track?" Alura was the result of that, and it's really, and probably, the only album in our catalog that we consciously decided to go on a specific route and genre. Our hope was to make something that would hopefully be played by DJs at clubs, because we were so obsessed with raves, dance parties, and all that. We recorded the "we love you" vocals at Viet's dad's apartment (where the "pizza" picture was taken), which also appear in Halica (yes, we like to reuse samples). Alura, Palomar, and Serniga, were some of the first tracks we ever made with a proper computer and Midi sequencers, albeit an old Atari computer with an old version of Cubase on a floppy disk. The last track, Kate, was the last song we released that was recorded entirely on the Tascam 4-track, with the same gear we recorded Halica with. At that time we were so thrilled to have more gear, like samplers, synths, etc, that in a very naive youngster move, we took pictures of them, and used them as part of the artwork... like total nerds. We never got our wish come true of DJs playing Alura at clubs, but we have been surprised and so touched by Valerie's sister, DJ Mecanica of Dyatron Industries, who has played it on occasions. Alura also marks the end of the 4-track era for us, and led us to embrace the digital world. We love you, Alura - Roberto Burgos, May 2021

MSRP:
Was:
Now: $43.99
Quick view Out Of Stock Notify Me When Available

MSRP:
Was:
Now: $64.99
Quick view Out Of Stock Notify Me When Available