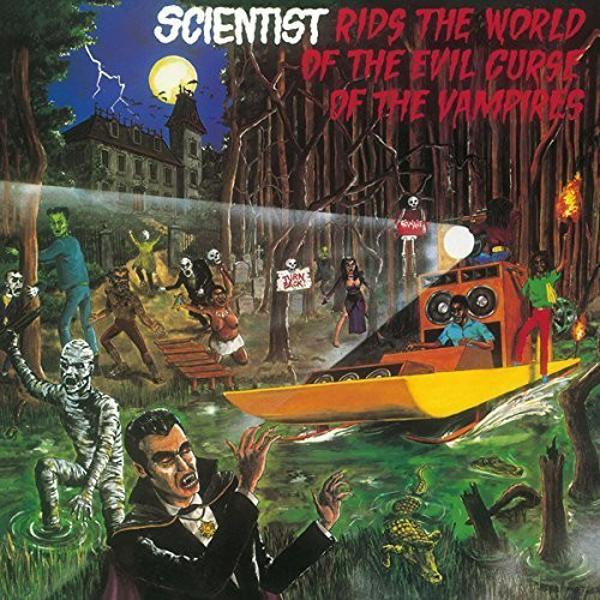 Vinyl LP pressing. Rids the World of the Curse of the Vampires not only ably displays Scientist's varied approach, but also clocks in as one of his best outings. Scientist keeps things lively with plenty of reverb and echo-treated percussion, ghostly piano parts, video game sound effects, and other wobbly interjections from the mixing board. The record's expert evocation of the Halloween spirit also includes some fiendishly-voiced intros, the cover art's cartoon potpourri of horror film characters, and the dubious claim made in the liner notes that Scientist mixed it all at midnight on Friday the 13th. Along with Keith Hudson's Pick a Dub and Lee Perry's Blackboard Jungle Dub, this is one of the essential dub albums.