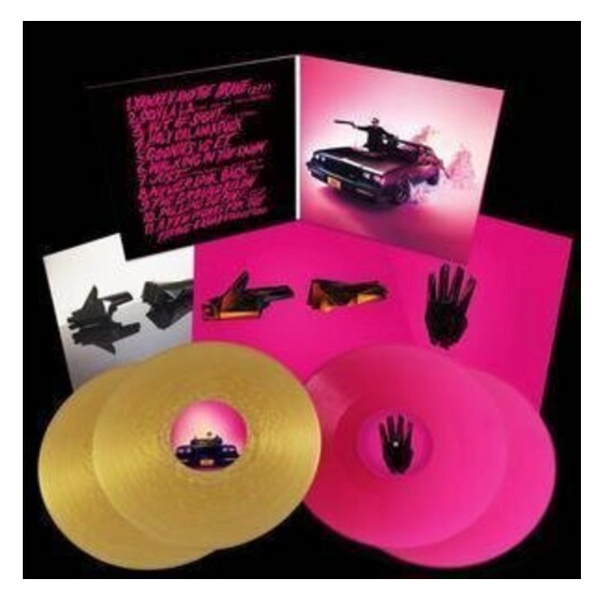 Run the Jewels, the dynamic duo of rap, continue their scintillating journey into the hearts and minds of music lovers everywhere with their latest and greatest album to date - RTJ4. And like it's predecessors, RTJ4 is rooted in hip hop fundamentals - 2 brilliant MC's letting loose over brilliant beats - while extending it's reach into various worlds. The new album includes collaborations with Pharrell Williams, Zack de la Rocha, Josh Homme, Mavis Staples, 2 Chainz and DJ Premier, and was recorded primarily at Rick Rubin's Shangri La Studios and the iconic Electric Lady Studios in NYC. Atlanta's KILLER MIKE and Brooklyn's EL-P have already carved RTJ's initials into the cultural landscape with their bold and brutally relevant voices matched with a completely unique and engaging production style. The resulting alchemy has won them adherents and accolades across genres while remaining fundamentally what it is - authentic, important and engaging music. RTJ4 represents the next step in their evolution, taking Run the Jewels from the biggest underground group in the world to the best rap group in the game.