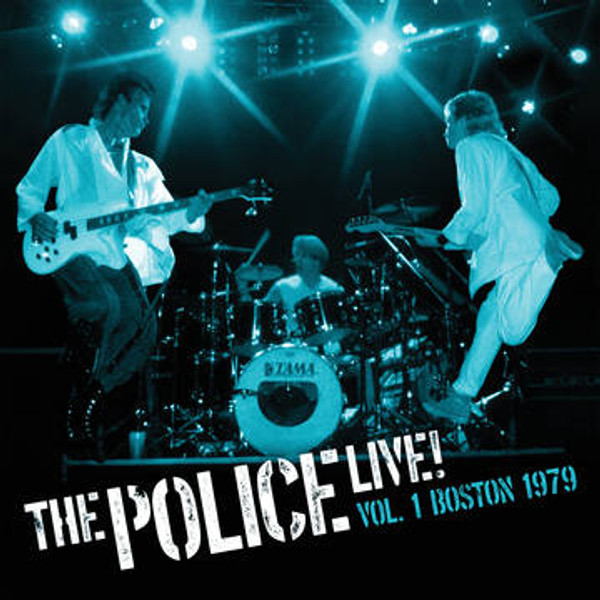 • First time on vinyl for the first official live album collection, originally released on a 2CD set in 1995, from The Police.

Volume 1 Recorded in 1979 – shows a trio on the rise performing at its rawest, propelled by bassist and lead singer Sting, followed by drummer extraordinaire Stewart Copeland and guitarist Andy Summers, whose guitar textures are present throughout the show.

The live gig took place at the Orpheum in Boston during the tour for their second album, Reggatta de Blanc, and was broadcast on local radio station WBCN at the time. It captures The Police at their most frantic and energetic.

Highlights include early hits and classics such as Next to You, So Lonely, Bring on the Night, The Bed’s Too Big Without You, Roxanne, Walking on the Moon and Can’t Stand Losing You.