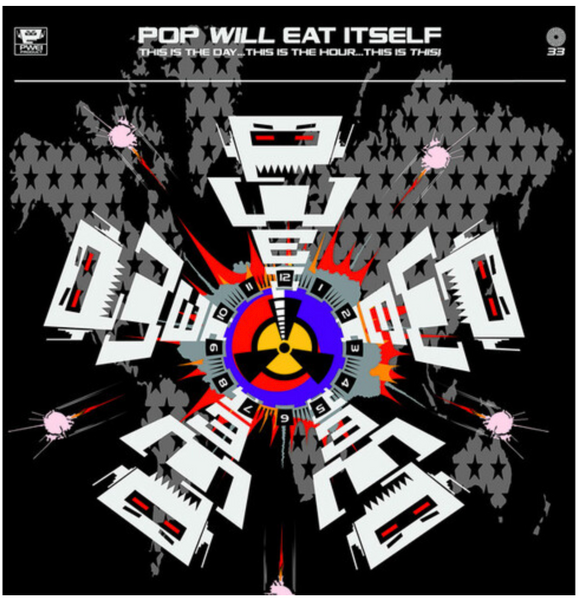 FIRST TIME ON VINYL IN 30 YEARS! Twelve Suns are pleased to present the 30th ANNIVERSARY EXPANDED EDITION of POP WILL EAT ITSELF'S seminal album "THIS IS THE DAY...THIS IS THE HOUR...THIS IS THIS!" - featuring newly remastered audio giving the album a sharper & fuller sound than ever before! Also included is the previously unreleased VERY METAL NOISE POLLUTION REMIX EP including the full original tracklist plus previously unseen artwork from The Designers Republic. The REMIX EP was initially meant to be released just after the standard EP hit shelves in 1989, but was scrapped by the record company at the last minute. No copies of the EP were ever pressed & the artwork sat in TDR's archive for 30 years, never seeing the light of day. UNTIL NOW! Limited to only 400 hand-numbered copies & pressed on 140g heavyweight vinyl, this worldwide exclusive release features fully restored artwork & is housed in a wide-spine 2LP sleeve with colour printed inner-sleeves.