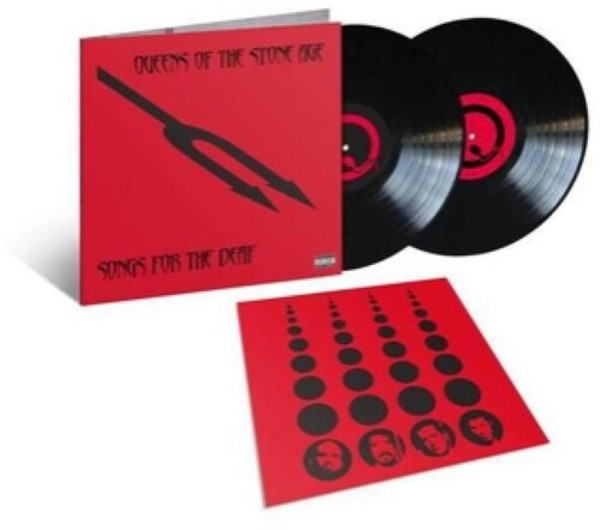 Double 180gm vinyl LP pressing in a gatefold jacket with 12" x 12" insert. Featuring the original red background and black graphics album art. Songs for the Deaf is the third studio album by Queens of the Stone Age, originally released on August 27, 2002. Features Dave Grohl of Nirvana and Foo Fighters on drums, alongside other guest musicians, and was the last Queens album to feature Nick Oliveri on bass. Songs for the Deaf is a loose concept album, taking the listener on a drive through the California desert from Los Angeles to Joshua Tree, tuning into radio stations from towns along the way such as Banning and Chino Hills.