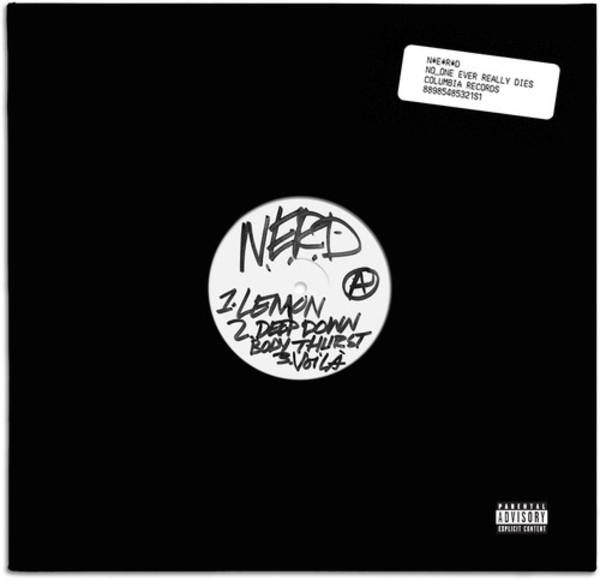 Double colored vinyl LP pressing including digital download. No_One Ever Really Dies is the 2017 album from N.E.R.D, and their first album since 2010. This album includes the hit single "Lemon" (featuring Rihanna). Other guest artists include Kendrick Lamar, Future, Andre' 3000, M.I.A., Gucci Mane, and Ed Sheeran. N.E.R.D is an American funk rock band. Pharrell Williams and Chad Hugo were signed by Teddy Riley to Virgin Records as a duo, The Neptunes. After producing songs for several artists throughout the late 1990s and early 2000s, the production duo formed the band with Shay Haley as a side project of The Neptunes in 1999.

NOFX ‎– The Greatest Songs Ever Written... By Us (2LP)

Jungle - For Ever (VINYL LP)

N*E*R*D In Search Of