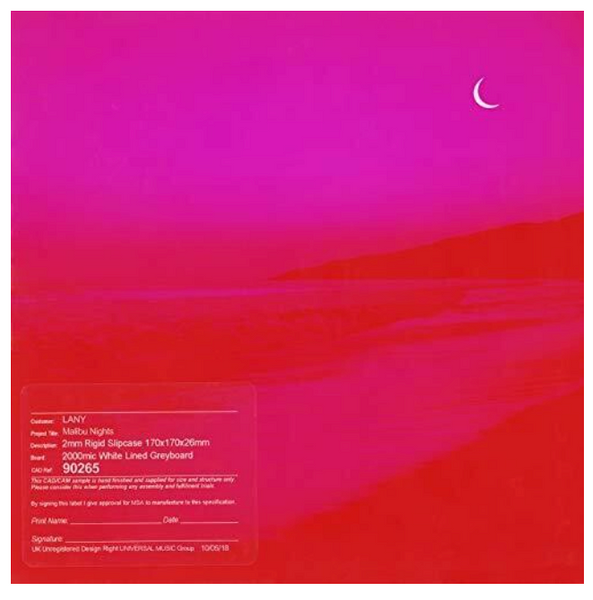 Vinyl LP pressing. Alt-pop trio Lany (short for Los Angeles New York) follow-up their 2017 self-titled debut with with highly anticipated sophomore effort, Malibu Nights featuring the previously released singles "Thru These Tears" and "Thick And Thin." Drawing influence from the likes of U2 and Coldplay, the group's 80's drums and synths anchored sound provides the perfect bed for frontman Paul Klein's affecting lyrics once again here. Their first outing was marked as the era of the rose and with Malibu Nights Lany enters a new era embodied by the moon.