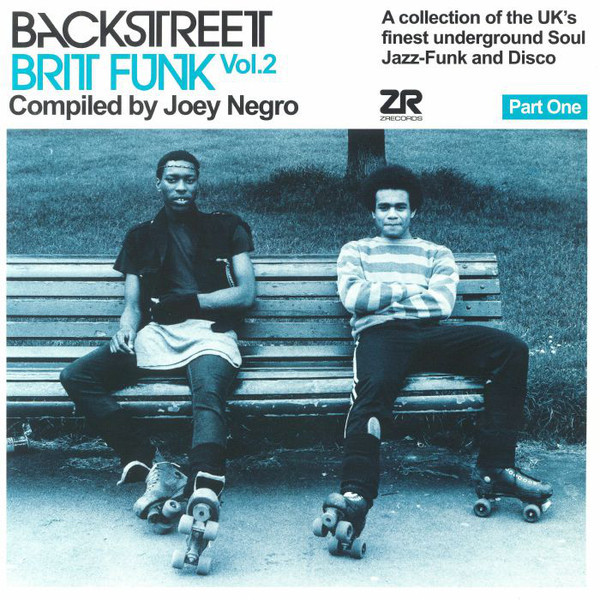 Z Records continues it's commitment to unearthing the obscure and long-forgotten tracks from the last 40 years with the much-anticipated follow up to Backstreet Brit Funk. Volume 2 has been eight years in the making and continues to showcase the best of the genre from the late '70s to early '80s, compiled once again by Joey Negro. Brit funk is perhaps one of the UK's most under-appreciated genres. Emerging in the late '70s and taking influences from jazz, funk, reggae, and pop, by the early '80s it had spread all over the UK. Brit funk was essentially the UK's answer to underground disco. Like disco, the Brit funk scene was significant in reducing racial boundaries in the clubs and raising the profile of black and white musicians who worked together. Back in 2010 Joey Negro complied the first volume of Backstreet Brit Funk. The fact that it's taken eight years for Volume 2 to see the light of day is a testament to the both the obscurity of the records included, and the logistical challenges involved in digitizing what started life as vinyl-only releases. It's incredible how rare some of the records included on Vol.2 are and how diverse the sounds become. Though well over half the album's material comes from the likes of Touchdown, Rick Clarke, and Savanna, which have the classic slapped bass-driven Brit funk sound that many will be familiar with, it also features acts like Mercy Mercy, AD 2000, and Veira Krew who were releasing a little later in the scene's evolution, employing drum machines and resulting in more synth-based records. Paul Bailey Sound and Eastbound Expressway were earlier acts, experimenting with the disco sound, whilst I.C.Q. is a classic early '80s UK jazz dance cut that's never been released beyond the original white/green label.

MSRP:
Was:
Now: $33.00
Quick view Out Of Stock Notify Me When Available

MSRP:
Was:
Now: $56.99
Quick view Out Of Stock Notify Me When Available