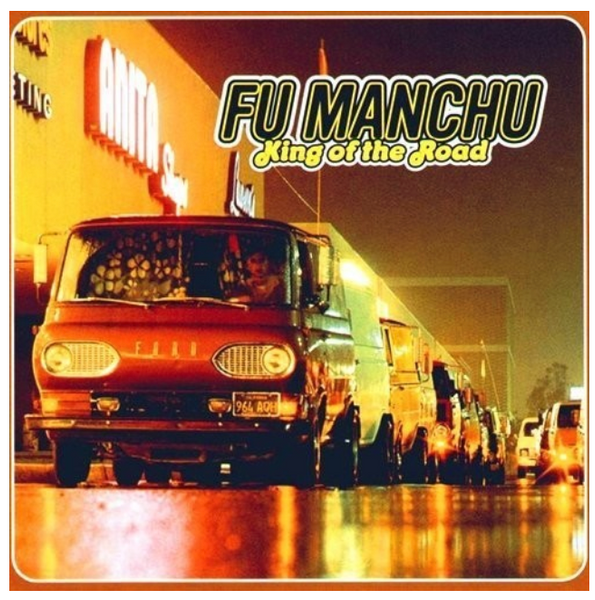 Vinyl LP pressing. 2000 album by Stoner Rock band Fu Manchu. King of the Road is the sixth studio album from the cult band. After a bit of a break from albums, not counting the Return To Earth singles compilation, Fu Manchu fully fired up and took off again with King Of The Road, an album that doesn't so much follow on from The Action Is Go as flat out continues it. Includes the tracks ‘Hell On Wheels’, ‘Hotdoggin’’, ‘Blue Tile Fever’, ‘Over The Edge’, ‘Weird Beard’ and the title track. Also features Fu Manchu’s unique cover version of Devo’s classic ‘Freedom Of Choice’.