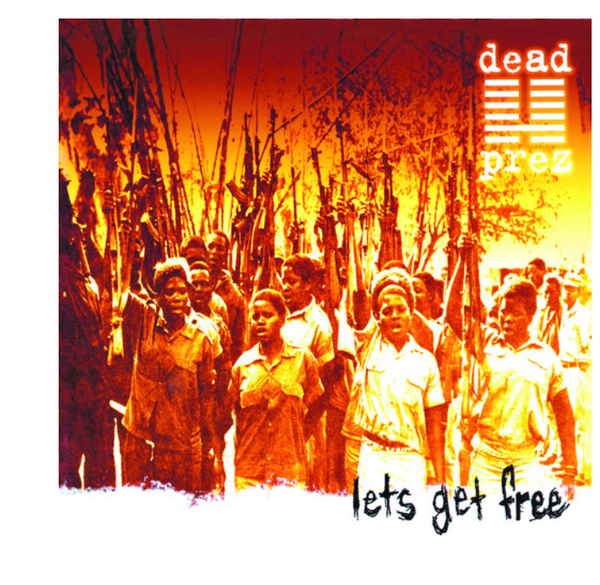 Double vinyl LP pressing. Let's Get Free was the debut studio album by hip-hop duo Dead Prez, originally released in 2000. Critically acclaimed upon it's release, Let's Get Free was called a "return to politically conscious rap" and, "the most politically conscious rap since Public Enemy"; the duo's messages also earned them favorable comparisons with Brand Nubian, The Coup, Def Jef and X-Clan. The album's lyrics, performed in front of sparse beats are startlingly direct, militant and confrontational. M-1 and stic. Man excoriate the media, the music industry, politicians and poverty, and urge their target audience to study socialism and ideas of black power. Rolling Stone gave the album four stars and lauded it's equation of "classrooms with jail cells, the projects with killing fields and everything from water to television with conduits for brainwashing by the system".