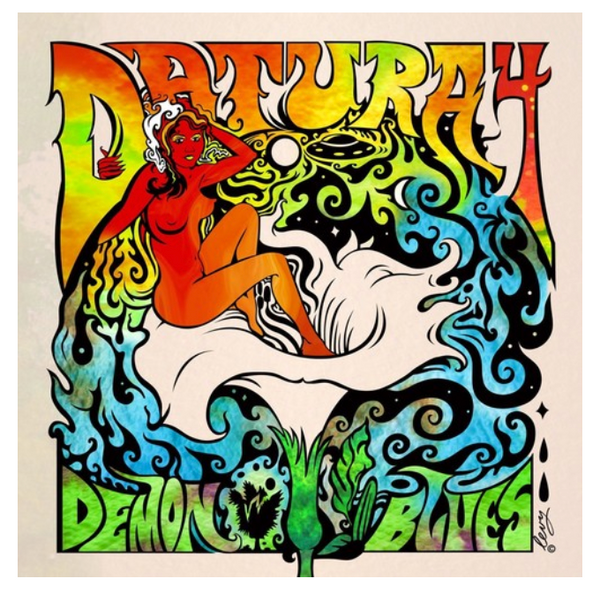 Hailing from Fremantle in Western Australia, DATURA4 is the brainchild of Dom Mariani (frontman of legendary Australian garage rockers The Stems and Power Pop favourites DM3) and Greg Hitchcock (former You Am I and one-time New Christs' guitarist). In 2011 they joined forces combining a shared passion for full-tilt boogie, psychedelic rock and progressive blues. Along with drummer Warren Hall who previously played with The Drones and bass player Stu Loasby DATURA4 have been steadily building a reputation in their hometown with their live performances. With a healthy nod to Early '70's Australian Psych/Blues/Boogie, "Demon Blues" represents Mariani & Hitchcock's love of hard hitting bell-bottom blues.