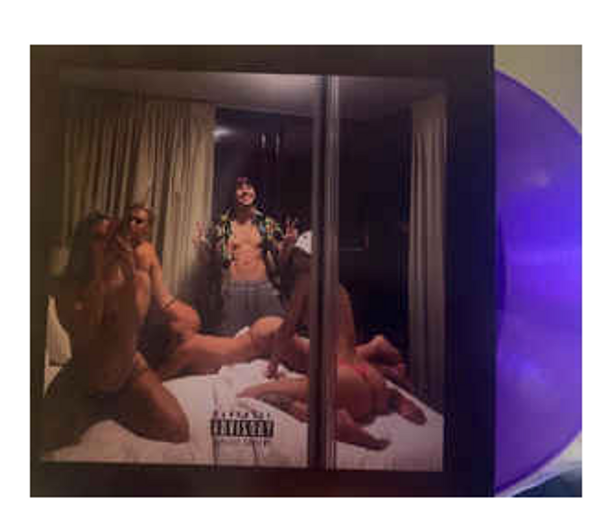 Chillinit’s debut album available on vinyl for the first time ever!

Chillinit is, without question, the most exciting new hip-hop artist in Australia, one of the most revered new rappers in the Southern Hemisphere and an emerging cult figure to his legion of dedicated fans, the 420 Family.

The album peaked at #2 on Apple Music & iTunes Charts and within two years has racked up a staggering 100 million (and counting) streams, numerous gold & platinum singles and sold out shows nationwide.

2020 has been a busy year for Chillinit with two ARIA chart dominating releases - his sophomore album ‘The Octagon’ (#2) and latest mixtape ‘Full Circle’ (#3) which includes his blockbuster link up on ’Stand For' with rising Queensland rapper Lisi.

Cop ‘Women, Weed & Wordplay’ on vinyl today to own a piece of Australian rap history.